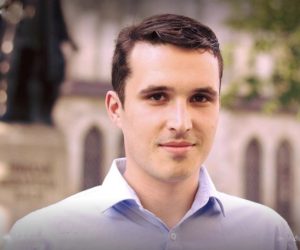 Nick Veltmeyer is Saint David’s organist and choir director. He is also the energy and genius behind Saturday Afternoon Concerts at Saint David’s, our new concert series.

Nick was interim organist at All Saints Cathedral in Halifax and is the assistant organist at the University of King’s College Chapel. He has been a guest organist at many churches around Nova Scotia and in Ottawa.  He has also been involved with the Capella Regalis Men and Boys Choir of Halifax.

Nick has been commissioned to compose for the Mount Allison University Chapel and has performed music he composed at Saint David’s.

A son of Halifax, he received a BA in Classics and Religious Studies from the University of King’s College and studied organ and conducting with Paul Halley and other notable musicians in Canada and other parts of the world.

The Presbyterian Church of Saint David

The Presbyterian Church in Canada